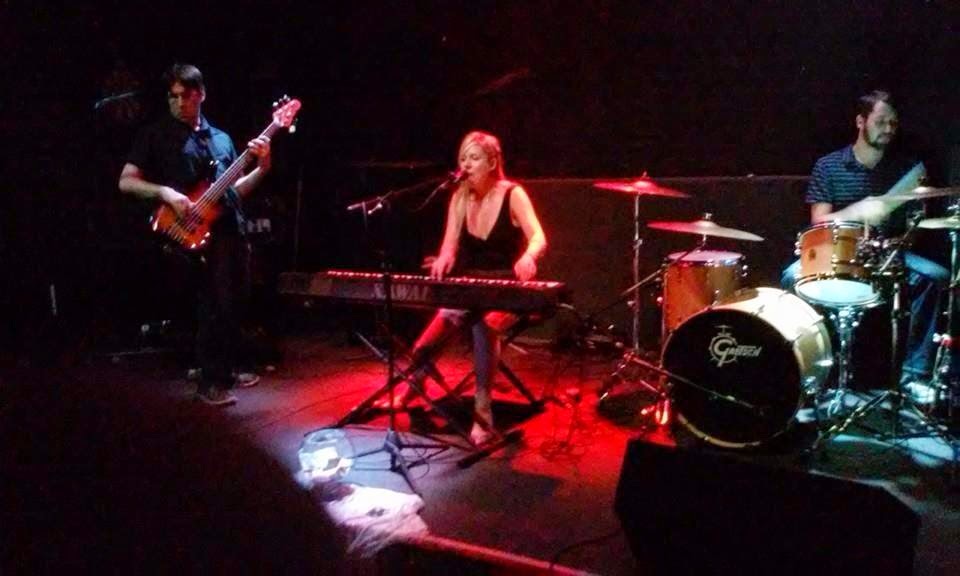 piano and vocals, Justin Vanegas on bass and Jason Bolich on

drums. Sin came to California from Ireland 5 years ago where she

started playing at East Bay piano bars. At such venues, she

of course, her originals. Sin Silver and the Avenue is her effort to bring those originals to the main stream. The music is essentially piano driven rock/pop with an Irish

and Irish folk. Justin Vanegas is an accomplished guitarist who met Sin on the

East Bay circuit. He has toured with successful bands and has a

fame was recruited by Justin to join the Avenue.
Posted by Fuso Italian Restaurant at 1:59 PM