Join Us For Valentine's Day Dinner

Treat your sweetheart to a fantastic evening of fine Italian food.
Call today to make your reservations
...bookings are filling up fast!
View our Valentine's Day Menu

If you are in the mood for some seafood, these hand-made raviolis are amazing.  ﻿
Sautéed Prawns with Shallots, Sweet Peas, Cherry Tomatoes and Hand Made
Lobster Raviolis Tossed in Lemon Dill Sauce. Garnished with Asiago Cheese.

The History Of Italian Food 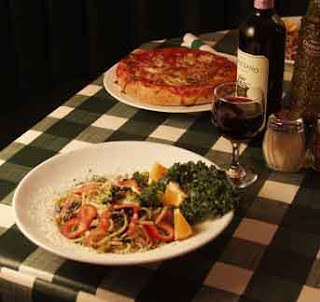 While some of the most popular dishes associated with the Italian culture include a tempting slice of pizza and a heaping plate of pasta, there is much more to the world of Italian cooking. Throughout the many regions in Italy, the distinctive cuisine of the Italians shines through in a wide-range of eating habits, styles of cooking, and selection of local ingredients. The changing of the times has also influenced Italian food, as the meals served in the pre-Roman era possess both similarities and differences in the cuisine of today.

The culinary history of Italy established a reputation more than 2,000 years ago, which includes an illustrious movement during the Roman Empire. Culturally, food preparation was quite important in the past where flashes of significance have been captured in the only surviving cookbook (Apicius), which dates back to the first century BC.

The spread of Italian food diversity began after the fall of the Roman Empire when individual city states began to uphold separate identities and traditions. Each region began to display its own unique way of cooking, right down to the formation of a meatball to the characteristic cheeses and wine produced in a locale. The north developed Tuscan beef, while black truffles were very popular in Marches. Provolone and mozzarella cheeses developed in the south, as well as a host of interesting citrus fruits.

Diverse types of bread, variations in pasta, and varying food preparation techniques also differed according to region. The southern regions of Italy embrace hard-boiled spaghetti, while the north often prefers a soft egg noodle. Milan is known for their risotto, while Bologna has a deep history regarding tortellini, and Naples is famous for their pizzas.

Over the years, Italian cuisine has greatly evolved in part because of a wealth of outside influences that have added to its characteristic flavor and appeal. In the beginning, ancient Greek cookery became an integrated part of Italian cuisine. Eventually, a wealth of imports found their way into the kitchens of early Italians, who sent Roman ships to collect a variety of important foods, including wheat, wine, exotic ingredients, and fine spices from around the world. Some ships even traveled to faraway locations, such as China, to bring back edible resources that catapulted the depth and variety of Italian cooking styles.

Coastal regions are known for their developments in delicious fish and seafood dishes. For example, the island of Sardinia supplies a more traditional and simple style of cuisine, which often incorporated delicacies, associated with the sea. Swordfish, lobster, anchovies, sardines, and other Mediterranean treats represent Italian cooking of the area. In Sicily (another island region), a great deal of the cooking drew heavily from North African influences. An Arab influence also affected cuisine on the island and within the rest of the south, especially with the introduction of various spices and sweets, such as the Sicilian ice cream cake called cassata.

As for one of the most popular Italian dishes, while the history books often state that pasta was a product of the Chinese brought back by Venetian merchant, Marco Polo, it was actually a rediscovery of a food item eaten during Etruscan and Roman times. It is believed that the first pasta in Italy was made similar to the noodles of today - from the same durum wheat - which was cooked in ovens instead of boiled in water.

Today, the differences in Italian cooking still show through in the distinctions between the north and the south. Each region still carries their own traditions in cooking that reflects deep history and culture with a never ending supply of main courses, appetizers, and desserts that continuously tempts the taste buds.

If you love to try a new twist to a burger, try the Smoked Mozzarella Burger, the flavors blend together to create a wonderful mouthwatering experience.  Served with a mixed green salad or fries, you are sure to leave satisfied.

Posted by Fuso Italian Restaurant at 12:36 PM No comments: 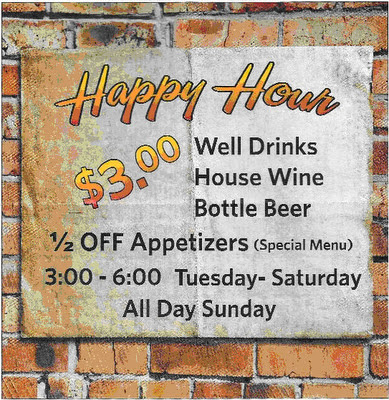 Check Out Our Yelp Reviews

You can see 65 Yelp reviews at the link below. We are constantly doing our best to provide excellent food and service.

http://www.yelp.com/biz/fuso-ristorante-vacaville#query:fuso%20italian%20restaurant
Posted by Fuso Italian Restaurant at 1:21 PM No comments: